Away with the Fairies

Logline: A fairy girl from afar joins a club to help fantasy creatures in distress which is often perilous but made fun with her best friend.

A young fairy girl Zeeda and her family leave their scorching homeland Oldlava in search of a new home. They travel to Faraway Island, a distant magical land. At school, Zeeda and local fairy boy Jack are recruited by teacher Penny to join a new club, The Good People. Its aim is to help fantasy creatures in distress and restore the Faraway fairies good name and trust with all the beings throughout the land.

Faraway fairies have developed a formidable reputation and are much misunderstood. Why? Well, over the years many devious creatures have tried to steal the precious diamonds and rubies that light up their hidden tunnels, but they have responded with magical mischief and playful pranks. As a result, some creatures have lost their homes whilst others have simply run away. Now in Faraway, fairies are known throughout the land as a race not to be tangled with, even by the mortals (humans) that roam the land.

The Good People seek to change this fearful outlook on fairies. Penny recognises that Zeeda and Jack being naturally compassionate and adventurous are well suited to the job. Zeeda volunteers as a way make new friends and being an immigrant, help her adapt to the local customs whilst also holding onto her own Oldlava identity. Jack joins to grow his confidence through helping and specially to hang out with new classmate Zeeda.

Zeeda is confident but stubborn. Jack is creative but clumsy. Although their differences sometimes get in the way, they share a love of helping. And so, every time the school fairy ‘help bell’ rings, Jack and Zeeda, The Good People, are there to help the creature in need, no matter how perilous the situation. These creatures can be anything from a Giant to a Leprechaun or even a Banshee.

Logline: The Clumps are mysterious garden creatures who venture out once-a-day to make the most of their precious time with fun, imaginative play.

In case you didn’t know, the Clumps are little creatures that live under stones in everyone’s garden (or park or window box.) However, unless you look closely you may never see one as Clumps spend most of their time sleeping. When they wake up, they come out to play and just for a few minutes every day.

Can you imagine only playing for a few minutes? You’d really have to cram the fun in. Well, that’s exactly what the Clumps do. With no time for elaborate rules or complicated games, the Clumps find fun in simple everyday outdoor things. To them, the sound made by dropping pebbles into a bucket of water can have them in belly laughs, dandelion seed chasing is high stakes adventure, and hide ‘n’ go flowerpot is the best game ever.

Inspired by their human ‘neighbours’, the Clumps make the most out of every fun-filled moment. It’s about celebrating the little triumphs, living in the now and looking at the outdoor world through fresh eyes. The Clumps find the extraordinary in the ordinary and discover that play is everywhere – especially useful if you’re a little creature with no time to lose.

So why not join Patch, Glumba and Mossy Clump as they wake up at the back of Murphys’ garden, ready for a brand-new playtime adventure! Go–Go-Clumps!

A history on how the Oireachtas Library came to being.

This is a custom made video produced by Igloo Animations.

Hey there Everyone and hope you are all settling into the year 2019 – the year Bladerunner (the movie) was set in! WOW!!!

First up, we have just finished up on the production of a lovely animated video for SEAI on The Story Of Energy aimed at school children 9 – 12’s. See video below.

The Oireachtas have commissioned Igloo to produce and animated video showing the history of the Oireachtas Library, which is now almost 100 years old. See image below 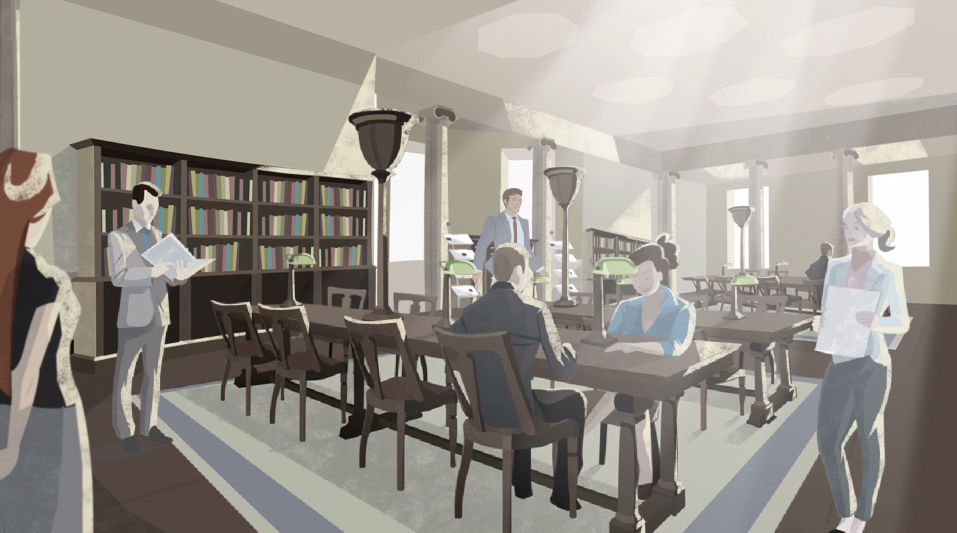 You can see the Music Video that we produced for new Dublin band
BETA-MAX featuring the voice of MayKay. Great Craic making this !!! Follow them on twitter here @BETAMAXTUNES

As usual we’ve been producing many Whiteboard Animated & Explanation Videos for many different clients. See our latest below for CYPSC. For more Animated Explanation Video examples please visit our Gimme The Short Version website here: http://gimmetheshortversion.com/ and view some other custom made videos here too https://www.iglooanimations.com/work/animated-explanation-videos/

And finally, our Short Film DEPOSITS festival screenings have now come to an end at the 10th Antarctic Film Festival and it has also just been Nominatedfor Best Design & Art Direction at the Irish Animation Awards in March. Igloo would also like to thank Emma, Mags and Jill at Screen Ireland, Michael Algar and Adrienne Michel-Long as this short wouldn’t have happened without them.

About the Short: DEPOSITS “concerns the connection of all the “disappeared”, who are the remains of those murdered by the Provisional Irish Army and those killed centuries earlier by British Redcoats. In common they are buried without trace, but are connected by hopes for discovery.
So without further ado – here is the full film for your viewing. Hope you enjoy 🙂

That’s it for now. Please email or phone in for any of your animation needs and don’t forget to follow us on social media for more updates – links below.

We are working with homeowners, businesses, communities and government to transform how we think about, generate and use energy.

This is a custom made video produced by Igloo Animations on the Story of Energy for Children 8 and up.

Ornua from the Irish “Ór Nua” meaning “new gold” is an Irish agri-food cooperative, which markets and sells dairy products on behalf of its members; Irish dairy processors and Irish dairy farmers.

This is a custom made video produced by Igloo Animations.

Recorded Artists Actors Performers is a not-for-profit organisation set up to ensure that musicians receive the performance royalties that are due to them.

This is a Gimme The Short Version video produced by Igloo Animations. Voice over is by Christy Moore.

Providing a range of support services to people affected by cancer in Ireland.

This is a Gimme The Short Version video produced by Igloo Animations. Voice over is by Keelin Shanley.

Hey! And hope you are all doing well and not getting too cold all of a sudden like we are here in Igloo after having a scorching lovely summer.

We have been mad busy in here and have a good few things to show you all. One of which is a clip from our new TV show in development titled Old Irish Tales, which will be a 10 X 11 minute animated series for the family and in Irish. Below is a clip from one of the stories The Whistle Player and the Puca. This is done using mixed media – so puppets, photo’s, 2d animation and live action all mixed together. This was funded by Screen Ireland.

We have also been developing a new children’s TV series for Prize Pig Productions titled Auntie Cupcake with voice talent Pauline Mclynn. See clip below – Go on, go on !!!

Our Short Film DEPOSITS, continues to be screened at festivals both in Ireland and abroad. It was recently screened at Still Voices, Culture Night 2018 and will also be screened at the Indie Cork Film Festival in early October. 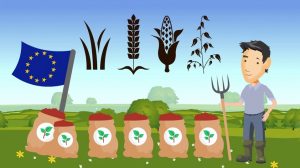 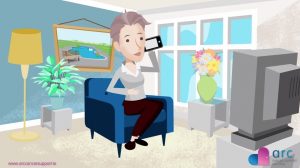 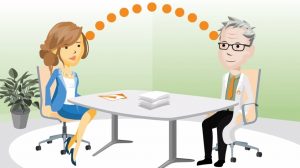 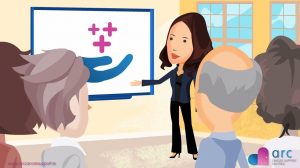 Our Website and Showreel (below) have now been updated. So have a look 🙂

That’s it for now. Please email or phone in for any of your animation needs and don’t forget to follow us on social media for more updates – links below.

Tales from Dun Draíoct is a 10 X 11 minute animated series full of old Irish lore, modern, madcap adventures and plenty of craic for the entire family. In every story a character from the town of Dun Draíocht encounters a mythical, magical being and winds up on a wild, hilarious adventure, always ending up with a problem solved and a lesson learnt. Sure, isn’t that what Old Irish Tales are all about in the first place?